This page lists resources for therapists in areas other than relationships and sexuality. I read a lot of therapy-related books; these are ones I think are exceptional. For now, I list only the titles and authors, along with links to Amazon so you can get information about the contents. Later, I’ll write a brief description of each book. I receive no compensation for these recommendations.

Interpersonal Process in Therapy, Fifth Edition by Edward Teyber (2005). [There’s a sixth and seventh edition; I don’t know how they compare.]

Leaving It at the Office: A Guide to Psychotherapist Self-Care by John C. Norcross and James D. Guy (2007).

Navigating the Insurance Maze: The Therapist’s Complete Guide to Working With Insurance — And Whether You Should, Sixth Edition by Barbara Griswold (2015).

Persuasion and Healing, Third Edition by Jerome D. Frank and Julia B. Frank (1991).

Relational Concepts in Psychoanalysis by Stephen A. Mitchell (1988).

What Every Therapist Needs to Know About Anxiety Disorders by Martin N. Seif and Sally Winston (2014). 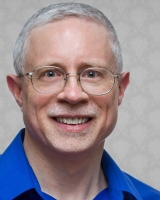